Changing the default currency for investing from GVT to BTC, would be better for GVT and GV. 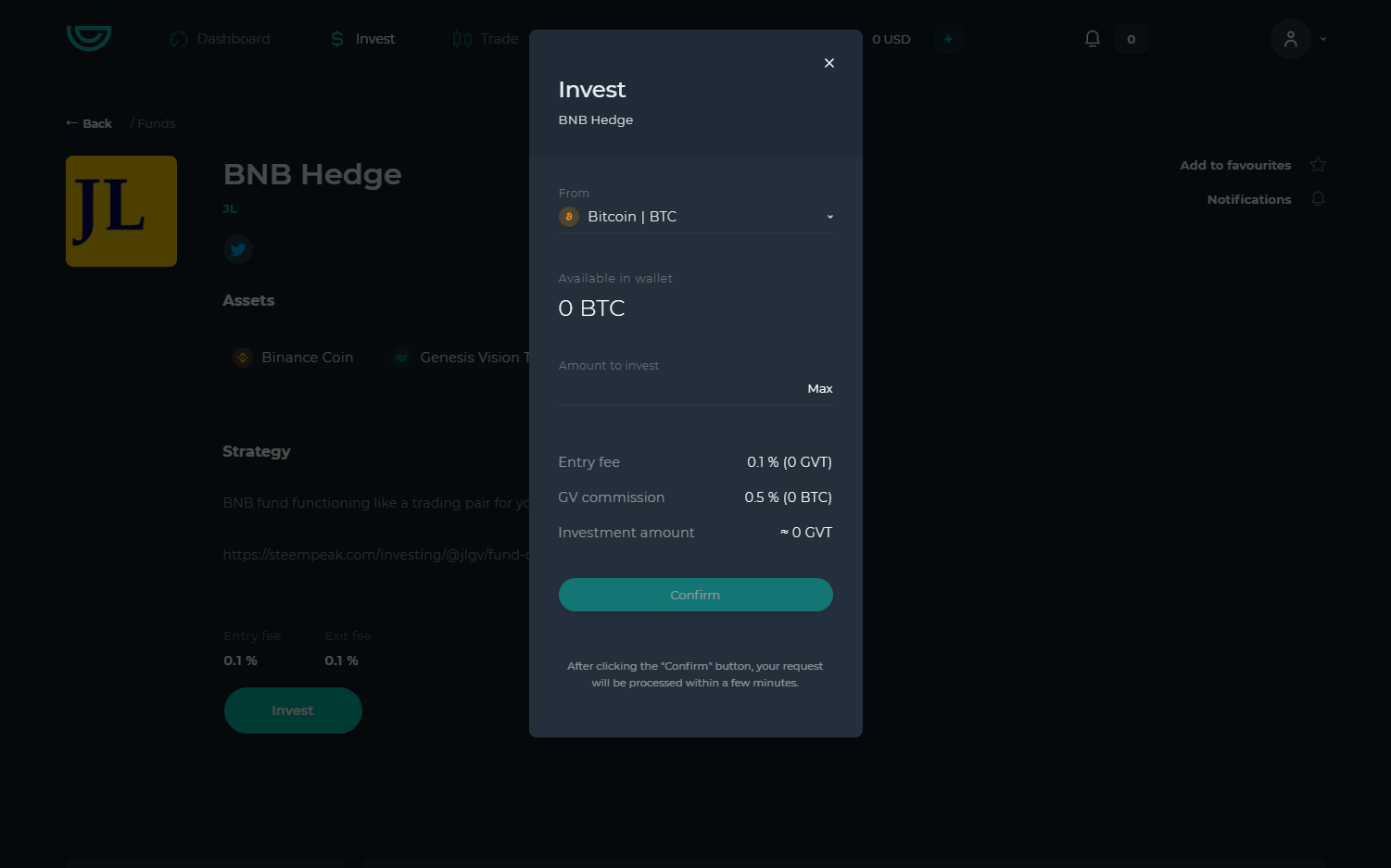 Aimed at the Genesis Vision community and team.

Before jumping on me (referring to the community), read why I think that setting BTC as default currency will be good for GVT.

Every time an investor invests on a fund/program or a manager creates a fund using GVT, it automatically goes to be sold and converted to BTC, ETH or USDT or in any other asset as the manager decided.

This generates a constant selling pressure on the token.
Considering GVT's small market and low volumes, even a small but steady sales pressure puts the token in trouble as we have been seeing for months.

You will argue that this would take away GVT's greatest utility, but this is not true. Here's why.

There is no way GVT could be used as the principal currency on Genesis at least for now, considering that anyone who wants to invest more than a few thousand dollars would not opt for GVT because simply BTC, ETH and USDT are a better option for this.
You can buy $10K of BTC in few seconds without the price moving and invest right away in the fund/program you want, with GVT is not possible given the tiny volume it's going to be disaster in both direction buy & sell.

That's why it is better to leave this role to coins like BTC, ETH, USDT and maybe support others like DAI, PAX, BCH etc. The entry barrier should be as low as possible for users to jon and use Genesis Vision app.

GVT would benefit enormously if the platform acquires investors and managers as both parties have incentives to buy & hold GVT to reduce fees. The same applies to all funds created, where 1% of the total allocation value is always held in GVT.
More volume and user's also means more GVT bought back and burned by the team.

In essence, the success of GVT goes hand in hand with the use and growth of the platform not by it being bought and selled right away to invest on program's/fund's.

At the moment GVT most likely is being used to invest in funds and program's on the platform (and therefore sold on the market) by the same investors/holder of it, who at the same time are probably complaining about the price.

However, it cannot be excluded that if the platform achieves significant growth, GVT token market will be large enough to allow the use of the token as an investment medium within the platform.

All the above is why I think that right now the default currency when it comes to investing on the platform should be BTC.

For anyone who still thinks that having GVT as the only currency to invest on the platform is a good idea...not even Binance the biggest exchange would dare to force BNB over BTC & ETH. User's will just switch and use other platform if forced in this no sense.

We would like to thank you for your valuable and detailed feedback. We are grateful for the amount of time and effort you put into this helping us. Our team always appreciates and encourages our community members' ideas.

I have transferred your message to the team so they could analyze it.